Represented by
Jordan and Mindy Mester

Represented by
Adam and Adina Bossick

Represented by
Jacob and Sierra

Represented by
Joe and Anna Chang

Represented by
Mike and Jen Endres

Represented by
Mike and Julia Lamson

Represented by
Kenny and Charity Webbley

In 2009 the Spring Olympics began as something fun. A lot of work goes into the planning each year, and founder Michael Endres wanted to make that work more meaningful. Thus, in 2012, the games became a charitable event, combining fun with giving back to the community.

Here is how it works. 8 teams consisting of 2 players each compete in a series of back yard games. Each team chooses a team color and a charity to represent. Each player pays a buy-in. In the end, the winning team has the entire purse donated to their charity in their names.

The scoring is as follows. Each player earns a bonus point for their team if they wear their team colors to the Olympics. There are 7 bracketed games. Each team is gauranteed to play each other team once in the first round. Each game is single elimination. The first place team gains 5 points. The second place team gains 3 points. The two third place teams gain 1 point. There is also a mini Basket Ball Shot game to start the Olympics in which each team can earn a maximum of 4 points.

In the end, bronze, silver and gold medals are awarded. In the event of ties, there is an 8th game that must be played to break medal ties. This 8th game is also the alternative game; if both teams mutually decide that they do not want to compete against each other in an event they may instead play the alternate game.

* In 2017, the games were held at Mike & Jen's wedding reception. Since Mindy & Jordan won two out of the three events, they are considered the 2017 winners.

Their mission is to discover treatments and a cure for ALS, and to serve, advocate for, and empower people affected by ALS to live their lives to the fullest.

They believe every kid deserves a home for today and hope for tomorrow. Each service they offer is different, but all share a common thread - life changing love.

The event had to be cancelled due to pandemic restrictions.

They provides comfort for bereaved families through the gift of a beautiful custom made gown for final photos and for burial services. They also provide support resources and mentoring programs.

They believe every kid deserves a home for today and hope for tomorrow. Each service they offer is different, but all share a common thread - life changing love.

Compassion International is a child-advocacy ministry that pairs compassionate people with those who are suffering from poverty. The ministry releases children from spiritual, economic, social, and physical poverty. The goal is for each child to become a responsible and fulfilled adult.

FamilyLife® provides multiple resources that help people build stronger homes and communities. Since the organization first began in 1976, millions of people have attended their conferences, and even more people have utilized FamilyLife's other resources to help them lead godly lives.

Founded on academic excellence, moral focus, parental partnership, and student responsibility, Vanguard Charter Academy is a school like no other – one that can lead to a lifetime of success.

Mission: To prevent and cure diabetes and to improve the lives of all people affected by diabetes.

Multiple sclerosis (MS) is an unpredictable, often disabling disease of the central nervous system that disrupts the flow of information within the brain, and between the brain and body.

Friends Go to Olympic Measures to Raise Money for Charity

Your donation will be applied to the 2022 winning charity. 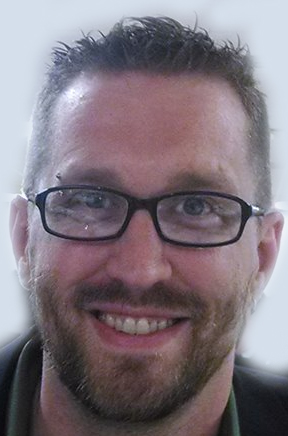 Sponsors are back! As the pandemic winds down I once again reached out to sponsors and was happy with the response. Praise God!”